Read original article in The Guardian

Quiet diplomacy hasn’t worked. Britain needs to push for international recognition of Israel and Palestine – and then robustly defend the rights of both.

Without change soon, the option will not be there. Israel’s 50-year military occupation of Palestinia 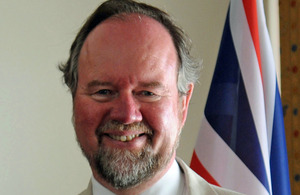 n territory harms us all. The British minister for the Middle East, Tobias Ellwood, has deemed it “unacceptable and unsustainable”.

US abstention allows UN to demand end to Israeli settlements
Hope of change came when the UN security council, after eight years of silence, adopted a resolution with strong UK support once more condemning Israeli illegal settlements in the West Bank and East Jerusalem, and when the US secretary of state, John Kerry, set out his framework for a just peace. This Sunday, France will host an international conference seeking an equitable basis for ending the occupation.

Our prime minister, Theresa May, is a firm friend of Israel. Friends should tell each other the truth. Already, Israel’s prime minister, Benjamin Netanyahu, has rejected the resolution, bizarrely accused Kerry of anti-Israel bias, and dismissed the Paris conference without bothering to await its outcome. In truth, this is disregard for the law, and the express will of the international community. So systematic settlement expansion, demolition of Palestinian homes and the closure of Gaza are set to continue in this low intensity, asymmetrical Israel/Palestine war.

The world is weary of this unending occupation and of entrenched, callous disregard and hatred, one for the other. The status quo is anything but static. It is going wrong fast – increasing injustice for the Palestinians, storing up trouble for Israel’s children, and causing grave concern here among those responsible for Britain’s national security.

Netanyahu has ignored the advice of his own law officer by supporting unprecedented Knesset legislation which would legalise most of the 100 settler outposts in the Palestinian West Bank, hitherto illegal even under Israeli law. If that bill passes, Britain and our partners will need to respond decisively to an act designed to prevent the solution of two states long espoused by both peoples – Israeli and Palestinian – and by us. Kerry called the one state outcome “separate and unequal” – apartheid by my definition, inevitably provoking chronic violence.

Indiscriminate Palestinian violence is morally wrong and futile, whether labelled terrorism or resistance. The Palestinians should be pressed to reunite on the basis of Palestine Liberation Organisation principles, first among them the recognition of the state of Israel on pre-1967 borders, done by Yasser Arafat in 1993 and reaffirmed by Mahmoud Abbas. Elections are overdue in Gaza, the West Bank and East Jerusalem, the occupied Palestinian territories recognised as the state of Palestine by over 130 countries – although not yet by the UK.

This conflict is emphatically not between equals, but between the occupier and the occupied. Israel is creating new facts on the ground “leading towards one state and perpetual occupation” as Kerry warned. Before asking what Britain can do now to promote a just peace, it is worth saying what won’t work. Quiet diplomacy, for one. We’ve tried that. Quiet diplomats get ignored. Second, US-led shuttle diplomacy, such as Kerry conducted for nine months. The US is necessary but not sufficient to resolve this conflict.

And while no one can be sure what hand President Trump will play, the omens are bad.

And we can’t leave it to the two conflicting parties to sort it out. The Middle East peace process became just that – a process. Direct unconditional negotiations between the strong and the weak only leave the weak weaker. That’s not how to end the occupation. It will need an initiative by the international community, shaping the outcome, providing security guarantees, upholding the law, ensuring a better tomorrow for both peoples. The Paris conference should develop a wider consensus based on Security Council Resolution 2334 and re-commit all Arab states to recognising Israel in return for a sovereign Palestine.

It is not enough to offer more carrots to both parties, hoping that both will bite. Israel has had a surfeit of carrots over the decades. Incentives to the Palestinians are contingent on ending the occupation – which only Israel can do.

So there are two things Britain should do. They go together. First, recognise the state of Palestine on 1967 borders now, or as soon as the Knesset “legalises” outposts, in breach of international humanitarian law; and secondly uphold that law without fear or favour – with serious consequences for whoever breaks it.

British recognition of Palestine acknowledges the Palestinian right to self-determination, affirmed by the UK 18 years ago at the Berlin European council. Far from delegitimising Israel, it reaffirms our 1950 recognition of Israel on the borders created two years before, unless both parties agree to any change. I commend a petition asking our government to recognise Palestine.

If we mean what we say about two states, we need to will the means. By recognising both states in the two-state solution, we legitimise both. Affirming the equal rights of both peoples is consistent with our values and in our national interest. One state – separate and unequal – would be unjust, unstable and violently divisive: an avoidable disaster for Israelis, Palestinians and us. Five years ago, the then foreign secretary William Hague said: “We reserve the right to recognise a Palestinian state bilaterally at a moment of our choosing and when it can best help bring about peace”.

I’ve said it before, but never has it been more true – now is the time.

Sir Vincent Fean is a former British Consul-General in Jerusalem